WE WERE CHOSEN BY THE APENNINE – Angela Viola

Big black eyes and blacks, ever ready smile. It would be an honor to be as almost lively and to be described by her pen: she would be able to highlight with irony all the mountaineer peculiarities of each of us.

From my early Years I felt a strong connection with the farmer’s world of my land, but also felt the call of foreign countries, especially Germany. My grandfather often told me about his experiences as a partisan during the Resistance period, of how he had deserted the call to arms and coordinated a group of saboteurs against fascists and Germans in the Apennines. In the post-war period, in his twenties, he emigrated to work as a bricklayer in Metz, a French town, a few kilometers from the German border. On weekends, he would go dancing with his friends in Saarbrücken, Germany. Suddenly the Germans weren’t dangerous invaders to fight anymore, but boys like him, searching for a peaceful future. All this had always fascinated me and so, when choosing my destination for the Erasmus university project, I chose Saarbrücken. I felt a little guilty about the distance from my roots, but the fact of being in Saarbrücken gave me a sense of “family continuity”, a sort of passing of the torch.

After returning from Erasmus, I graduated in European Languages and Cultures at the University of Modena and afterwards I continued with a master in Foreign Languages for Cultural Design. In 2008 I won a call from the Ministry of Foreign Affairs for an internship at the General Consulate of Italy in Houston, Texas, one of the most beautiful experiences of my life. However, being a ministerial internship there was no possibility for me of getting hired so I returned to Italy in September 2008. I was struggling to find a job and so I took Germany into account and, in February 2009, I left to work for six months for a film festival in Munich. Six months, nonetheless, have become years, I set up on my own and started working as an editor for film-documentaries while teaching Italian for Germans. I also qualified in Italian teaching with a master’s degree at the University for Foreigners of Siena. I must admit that at the beginning it was not easy to settle in Munich. It’s a city that shines with wealth, but is just as demanding with its inhabitants. There are opportunities, certainly more than in Italy, but you have to fight hard to grasp them and you have to cope with very high competition. It puts you to the test every day, but once the first period is over, it pays off with the possibility of professional growth, with functional infrastructures, with a well-kept and wonderful nature and with a cultural offer practically without limits.

Right in Munich I wrote “Quasi arzilli” (Giunti, 2015), thinking back to my grandparents, my uncles and life in the Apennines, I set it in the villages of Toano, Quara and Villa Minozzo. It’s not a mere coincidence that in Munich I felt the need to write it and here is where it was published. The prospect of an international city made me appreciate even more the land where I come from. In addition, Emilia is much loved by the Germans for the excellent food, for some famous luxury brands, for historical reasons.

Also my second novel, “Cuore delicato, lavare a mano” (Giunti 2017), has been released in Germany on May 14th, 2018. I’m really happy to be able to bring my Italian spirit abroad. Living here, I have the opportunity to fully experience two different cultures and also to recount them.

I live this experience day by day. I go back quite often to Italy, for the holidays and in the summer. At the moment I feel very well in Munich, in the future we will see! 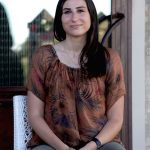 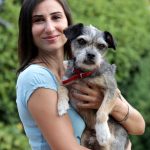 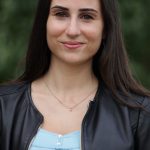