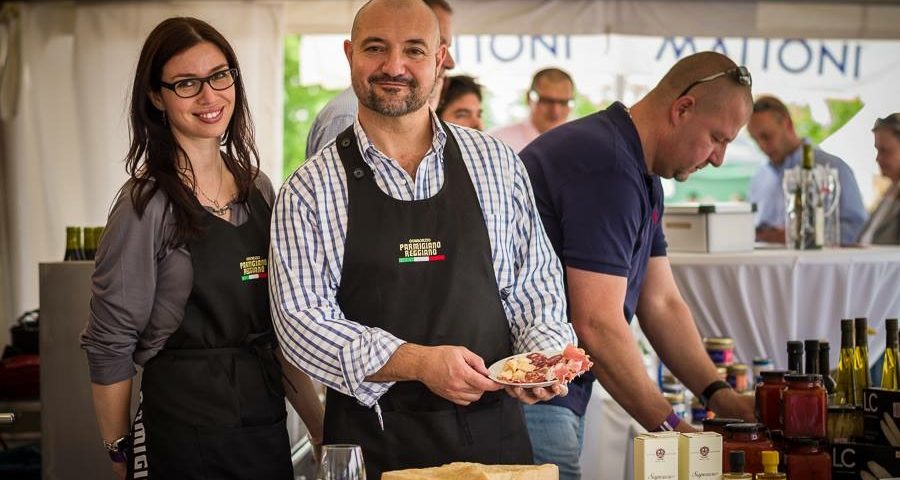 25 years of research, changes and growth. A return to the roots of an old passion that allowed him to realize the dream of his life.

At the end of 1992 I was at a turning point: I had sold the Bellini bar, one of the most renowned in Castelnovo. Me and my wife decided to have a little holiday in Brno to visit my sister and it was love at first sight, I literally fell in love with the city, the air I breathed, the enthusiasm of the people. New activities were born each day, after the long communist regime.

I migrated starting with a small import-export business. Had I known how to move around, I would have done great things, if I’d had more familiarity with the language: I only understood the words radio and steering wheel, which have the same pronunciation. Every day at the bar I would order a “Viennese cow” instead of Viennese coffee. Let’s say that the bartender was my first teacher, I learned the language speaking it and mistaking.

I met my present wife, we have three children, all sons. They were able to coin a third language, a mix of Italian and Czech. They study English and German. A few days ago I heard them saying: “how do you say green in Italian?” (in italian), “Green!” (in english). This is so beautiful, they are so lucky.

I sometimes use expressions in my dialect and they look at me as to an alien. With their grandparents obviously they have a sporadic relationship, but when they meet they live very intense moments. Now the grandparents are here for the Christmas holidays, they will stay for a month and a half.

I’ve been an agent for the Czech Republic and Slovakia of a Sassuolo ceramics firm; I did it for 20 years, then I said enough is enough.

I found back my old passion for cooking and with the severance pay I opened an Italian restaurant: Trattoria Castellana. I aim to sponsor the genuineness of Italian food. The bread, focaccia and pasta are strictly homemade, in the Emilia region. Spaghetti, penne, are made on the spot, egg pasta and durum wheat, lasagna, tortelli and stuffed pasta.

I use excellence products and the ingredients are of the highest quality: Parmigiano Reggiano cheese and cold cuts directly from Castelnovo. Here we eat like at home. The restaurant is doing very well and we have become the landmark of Italian cuisine in the Czech Republic with our exclusive products.

When the national television networks want to talk about Italian cuisine, they come looking for me. During the last episode of “Good Morning” I made cappelletti and in the previous I made tortelli and lasagne from Emilia: gastronomic craftsmanship.

When I return to the Apennines with my friends, they get really excited: the Stone (Pietra di Bismantova), the landscape, nature and non-mass tourism make a realistic and non-commercial portrait of Italy. The small old town restaurant or coffee taken at the bar are habits so distant for those used to living in cities big as Brno or Prague, that they feel like being tossed into a Fellini movie.

Going back is like returning to the aquarium, behind walls that surround and protect you. I see though that for many people the world ends where the mental border of the aquarium stands.

I love the feeling of coming home, my roots are in Castelnovo, but maybe my idea is of ​​a country that no longer exists, it’s like a dream. Everything’s changed. I’ve changed. Here I feel Czech, which I’m not and in Italy I feel like a stranger. 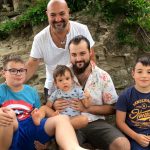 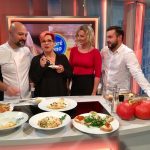 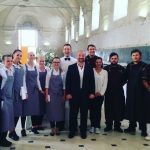